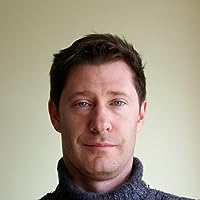 Author John Mierau is a rat bastard. While I was on tour, he broke into my office and left me a little recording about his new project, the FLAMES Anthology.

Now don’t get me wrong — John is one of the hardest-working guys in fiction. He’s willing to do whatever it takes to bring attention to his work, including eating a super-freakin’ hot pepper so John Scalzi would tweet about him. There is a video on that link. You should watch it.

While I respect John’s work ethic, that doesn’t change the fact that he is one creepy m-effer. Seriously, when the Future Dark Øverlord has to use the legal system to keep someone away? That’s a Creepy McCreeperson. Want proof? Just look at that picture of him. I rest my case.

However, just because he’s creepy doesn’t mean I won’t give credit where credit is due: the FLAMES Anthology sounds cool as hell. John has lined up some of the best names in the biz, including Jake Bible, Nathan Lowell, Brand Gamblin, Patrick McClean and more. Bible and McClean wrote CRYPT stories for us, and Lowell is working on the back-story of Gredok the Splithead as we speak, so these names just might be familiar to ya. Mierau has created a wicked plot concept, generating a shared world that spans both time and space.

So, I’m running his recording. I’m also using it as evidence to increase the distance that Creepy McCreeperson has to stay away from me, as required by law.