Why a new version of EARTHCORE, man?

There is a new version of EARTHCORE. We’ve talked about it on the podcast, on Facebook, in our newsletters and on this site, but you can’t reach everyone all the time, so this post is for the Junkies who say …

“Hey, what’s the deal with the new EARTHCORE?” I covered this a little bit in a blog post back in 2015, but let me give you the short answers here:

REASON NUMERO UNO
The new EARTHCORE is straight fire. You will love it. If you buy it (only $9.99 in print), you will feel guilty that you didn’t give me more money.

HEY, LUCAS JR., YOU TRYING TO SELL ME THE SAME STUFF TWICE?
No. I am not. I hate that shit. Han shot first. You don’t have to buy anything, my friend, but let me lay out the case why you might be interested (in other words, read on, Macduff …).

BIGGER, BOLDER, GIRTHIER
The first version of EARTHCORE was 120,000 words (315 pages in print). The new version is 180,000 words (577 pages in print). Since layouts vary (margins, font size, etc.), we measure the difference in the versions by word count — the new EARTHCORE is 50% bigger than the original version. Awwww yeah. More action. More character development. More Kayla Meyers. More nastiness and bloodshed (oh, wait, I already said “more Kayla Meyers,” which is the same thing as more nastiness and bloodshed …). 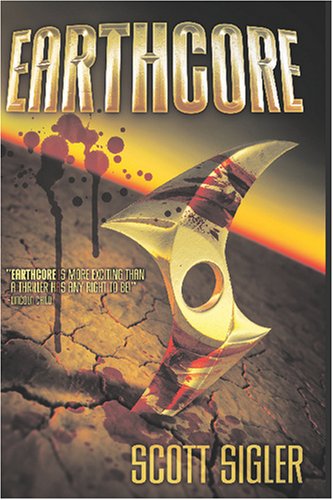 I AM BETTER AT WHAT I DO
Dragon Moon Press released the first version of EARTHCORE in 2005. That was an updated version of the original version put out by iPublish in 2002. I’ve been a full-time writer since 2007 and have become much, much better at my job. Trust me, you will see the difference.

Which means we didn’t just add more words to the old book to try and sell you the same shit a second time. I’ve re-written every last little bit of EARTHCORE, from top to bottom. The bones of the book are the same, but every scene feels different, and it has a different slam-bang ending that will melt your goddamn face*.

SIGLERVERSE CONTINUITY (PANDEMIC, IN PARTICULAR)
In the modern-day Siglerverse books (INFECTED Trilogy, ANCESTOR, NOCTURNAL and now EARTHCORE), the actual day the book is published is the first day in the book (or pretty close to it). This means there is an order to the Siglerverse, even though the modern-day books are not in the same series. The latter books reference the earlier books, and are full of Easter eggs.

EARTHCORE came out before the INFECTED Trilogy and NOCTURNAL, but here’s the weird bit — EARTHCORE got un-published before those books were printed (again, see EARTHCORE: A Career Time Capsule and focus on the “CROWN PUBLISHING VERSION: 2009” section). So that meant no EARTHCORE references in those books, because EARTHCOFE technically hadn’t happened yet (the publishing world is bizarre to begin with, and you know me, I’m kind of odd and hyper-focused on creating a powerful, linear world for y’all).

If you’ve read PANDEMIC, you know some serious shit went down in the Siglerverse. Part of re-writing EARTHCORE was to make sure it was in-line with both PANDEMIC and the Siglerverse in general. 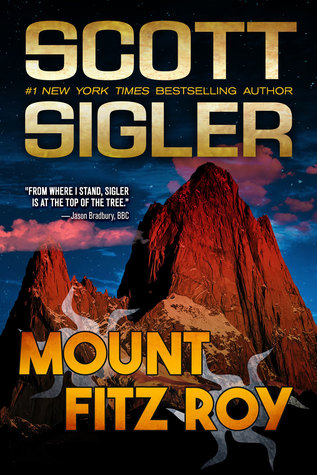 MOUNT FITZ ROY
Finally, let’s talk about MOUNT FITZ ROY (MFR), the f-ing sequel to EARTHCORE that I have been promising since 2007 or so. Because EARTHCORE got un-published in the Crown Publishing deal, I couldn’t write MFR until I actually “published” EARTHCORE in-line with the Siglerverse. Complicated, right? Tell me about it, bruh.

In short: I couldn’t write MFR until I re-wrote EARTHCORE and knew who actually lived to make it to MFR. Yeah, I’m giving myself a migraine with this shit, so I can only imagine how you feel if you’ve read this far.

Now that EARTHCORE is published and in-line with the Siglerverse, I can (and am!) work on MFR and bring that little birdie home to roost in your hot little hands. We’re hoping MFR is out in late 2018, or early 2019. Hint: MFR is the hottest shit on the burner. Get your goddamn Kleenex, esé, because you’re going to need multiple boxes to put a damn in the snot river that’s coming your way.

FINAL REASON: I RESPECT MY READERS
This may sound crazy and very un-Spielbergish, but I did things this way because I respect you. Yes, you, the walking bag of biological chemicals reading this right now. Your time is irreplaceable. If I’m going to ask you to give that time to my works, the works have to be right. If you’re going to read multiple works of mine, I need those works to tie together in a way that satisfies your heart, mind, soul and jumblies**.

THERE YOU HAVE IT
I have laid out the case for the new (and final) version of EARTHCORE, your honor. The defense rests. You do what’s right for you. Good luck.

* EmptySet Entertainment is not responsible for melted faces, hair being blown off your scalp, burns to the fingers and hands (cause this shit be hot, jack!), loss of breath, blurred vision, heart palpitations or work lost due to reading all night and sleeping through your alarm.

** EmptySet Entertainment in no way insinuates that we want anything to  do with your private parts. “Jumblies” is a slang term for that je ne sais quoi that is you and yours and your existence.

We’re using Publer.io and loving it.