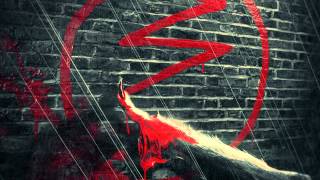 You may have heard that some peeps are trying to turn my novel NOCTURNAL into a series. Yesterday I finished the “series bible.” From Wikipeida, a series bible is “a reference document used for information on a series’ characters, settings, and other elements.”

This bible outlines the first season, which is projected at twelve episodes. It contains a one-page write-up on each episode, character write-ups and other information that a showrunner would use to make the series a reality. It also contains the pilot script (which I consulted on but did not write, and is awesome), and hopefully some new art.

This is just the first complete draft of the document. The series writers and the producer are reviewing it now; there will be substantial edits in the future. So, while it’s “finished,” it will probably never be “done.”

In effect, the bible for NOCTURNAL is primarily a sales tool. When the producer pitches networks, he can use the bible to show there is a clear vision for the show: characters, plot arcs, settings, background, etc. And not just for the first season, mind you, as we’ve mapped out the plots of seasons two through five. The bible is a way of saying to the potential buyers: “You’re not just buying a log-line and a partial script, we’ve done the work to make sure you’re going to have a cohesive, consistent product that has a logical and satisfying season finale.” Considering how expensive it will be to shoot this series, network execs are going to want to see that there is a clear vision.

In that way, a NOCTURNAL series is much closer to DEXTER than, say, LOST. Meaning, we know exactly how the last episode will tie up all the plot threads before a single frame of the first episode is ever shot. At this point, at least, we know exactly where the story is going and the main points that will be in each episode. There are significant differences from the book; those differences are also mapped out in the bible.

Hoo-boy, this was a lot of work. It’s 47 pages long. It happened to hit right when I was writing PANDEMIC, was doing a short story for a Charlaine Harris-edited anthology (she wrote the Sookie Stackhouse novels upon which TRUE BLOOD is based), another short story for an anthology edited by Daniel H. Wilson (author of ROBOPOCALYPSE), audiobook recording for BONES ARE WHITE, moving to a new office, and a bunch of other cats that ARealGirl is trying to keep in a tidy herd.

This is my second series bible. I wrote my first back in 2005 for EARTHCORE. Yes, that’s right, I wrote a full single-season bible for a 22-episodes adaptation of my first book. I called it up just now to look at it for the purposes of writing this post. Last modified date: 12-21-05. Holy shit. It’s been a decade since I wrote it. Looking at it now, I think it’s pretty bad-ass. It’s probably a good thing to have in the back pocket on the off chance that NOCTURNAL gets made, and on the off-er chance the series does well.

I gave the EARTHCORE series bible to my last three film agents. They all said they wanted it, I don’t think a single one of them read it. That’s a good lesson to learn: get your content to the movers and shakers that ask for it, absolutely, but temper your expectations: 99.9% of the time, not a damn thing is going to actually happen. But, you keep firing away for that .1% of the time when something might happen.

Will something happen with NOCTURNAL? There’s no way of knowing. The series bible brings us one step closer. We’ve got a great team, I think we’ve got a great product, and it seems that we’re pitching it at an appropriate time in the entertainment world. There is a lot of scifi and paranormal fantasy out there right now, and a lot of it is doing well. So, that part helps. Only “helps,” though, because this all comes down to the basics: will it be a compelling drama on television, and will a network look at it and think “hey, people will love this and we will turn a profit.”