Another solid episode in what is shaping up to be my favorite season so far. We had knives thorugh heads, arrows through heads, swords through necks (making severed heads) and we had Merle! 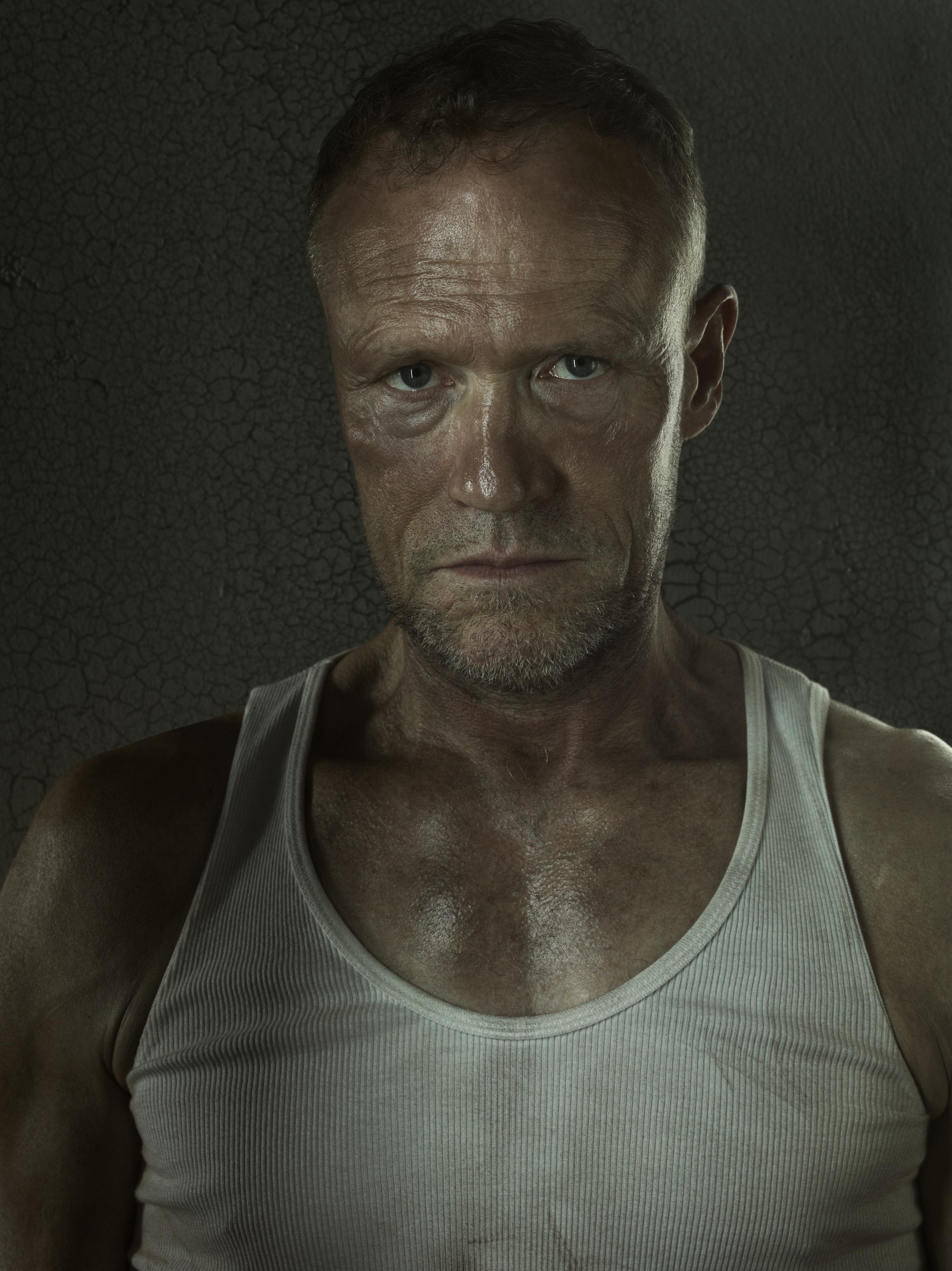 Welcome back, big guy! We missed the crap out of you.

I’ve been a Michael Rooker fan for years. He crushed it in the campy horror classic SLITHER, where he became much more than just a man. If you haven’t seen that flick, get on that right away. It’s horror gold. I can’t tell you everything he’s been in, hardly, but every time his face pops up on the screen I’m down to watch.

And, of course, he was a mainstay of potential chaos in WD:Season 1. Not that the chaos is much controlled now. Rooker is the bomb at showing a man on the bring, with all kinds of bad thoughts bubbling just under the surface. I’m ecstatic to see him back in the mix.

He’s stopped being the lone wolf (at least for now) and is under the thumb of another barely sane character, “The Governor.” This dude has some issues. He’s into fish tanks*. I can’t blame him for that; if I had certain appendages lying about, I’d probably want to create a blacklight back room, put on Dark Side of the Moon, and see if they mouth the words to “Money.”

NITPCKING
Not much to pick on for this episode (as long as you address the blinking severed heads, which I do, below).

There was one character-based line that was ridiculous, however. When Andrea brow-beats the tour guide about townsmen stringing up zombies “like they were Christmas ornaments” outside the town, Andrea is insinuating this is unacceptable behavior. She just spent eight months with a chick that cut the arms and jaws off of walkers, and used them as zombie repellent and as pack-mule slaves! Kind of hard to believe she’d be upset by a walker dangling from a tree.

A NITPICK THAT TURNED INTO A THEORY …
“They just starve … slower.” Ha, good to know. So not only are the “dead” walking around and decomposing very, very slowly (to the tune of, what, eight months or more and they’re still a-shambling?), but they also don’t need to eat much and starve “slower.”

When you think about it, this is logically consistent. The undead generally move slower not only because they are decomposing, but because their metabolism is really, really slow. They are “ambush predators,” not hunters. Most of their kills come when the living get near them, not because they track the living down over miles and miles of territory.

So, something in the Walkers creates a really slow metabolism: this means they don’t have to eat as much or as often as we do, and any food intake will last them much longer. So far, so good on the logic front. This doesn’t touch on the fact that severed heads can live on without a digestive tract to supply energy, but we’ll leave that be for now.

CELLULAR-BASED COLLECTIVE ORGANISM?
Since we’re trying to shoe-horn a size 10 of science into a size 7 sneaker, I present you with my latest theory on the pathogen. I think it’s arguable that the writers are implementing a version of the monster from John Carpenter’s THE THING, where each cell in a body is an individual, living organism. If this was possible, and somehow each cell can act on its own, produce its own energy (or produce enough energy for other cells to continue functioning), it explains a lot. It explains why severed heads can keep functioning, why eviscerated bodies can keep crawling, and why it take so damn long for them to decompose.

If you go long enough without food, your body will cannibalize existing cells to keep other cells alive. What if this is the process by which the walkers keep going? It could explain why the can live for months (because the’re not really “dead,” they’re a collective organism that is slowly consuming cells for the greater good of the collective). That could arguably explain much of the rot: once an area starts to go, the collective scraps the cells in that area. Perhaps there’s enough cellular mass left after cannibiliazation for normal decomposition to kick in.

So, in effect, a Walker ceases to be a “person” and becomes a jellyfish with a skeleton. What other parts of the show’s mythos might this explain?

SPLITTING STORY THREADS: PLEASE DON’T BECOME “LOST”
We watched an entire episode that didn’t involve Rick and the others. Know what that felt like? Like watching the sudden plot developments of the “tail section” characters, then “the others” on that wacky “throw it all against the wall and see what sticks” show known as LOST.

Please, WALKING DEAD writers, don’t give us two narratives that will eventually not line up. Please, don’t give us mysteries so advertisements can say “questions … will … be … answered” and then not answer any questions. So far, WALKING DEAD is a plot-driven gem, where the story has solid consistency (although the characters make some damn odd choices).

I beg thee. Tell a good story. Know your ending before you make us sit through the middle.