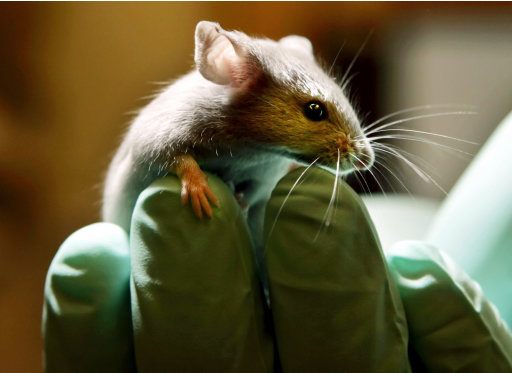 Those of you who listened to the first draft might know the answer to this, so don’t chat about it in comments to avoid SPOILERS!, but this is still pretty fun.

Good thing our trisomic little campers in that novel aren’t mice. Seems being XXY makes our furry little text subjects rather randy.
This article by Jennifer Welsh from LiveScience.com she covers research on mice genetically engineered so the effects of the X and Y chromosomes were separated from the mouse’s sexual development. The experiment found that males with an extra female sex chromosome (XXY) had “insatiable sex drives.”
One can only wonder what impact that extra chromosome might have on Sly’s dating habits.
Sadly, the article is quite deficient in mouse pick-up line jokes and “bow-chicka-wow-wow” comments, but the photo cutline does refer to “mouse viagra,” so at least there’s that.